Now that we’re finally rested from this year’s San Diego Comic Con, it’s time to show you what great stuff we saw while there! Similar to last year, we were on the look out for great outfits, handmade items, and licensed products. This is just a small sampling of what we came across:

Her Universe was definitely the star of the show with an even bigger space than last year. On the first night, they featured most of their dress designs that sold out pretty quickly at the show. If you missed out on getting some of their exclusives, many are available online now!

Also in the Star Wars Pavilion, there was this great display of Star Wars themed sunglasses from Sunscape. Just for the show, they offered limited collectors boxes. 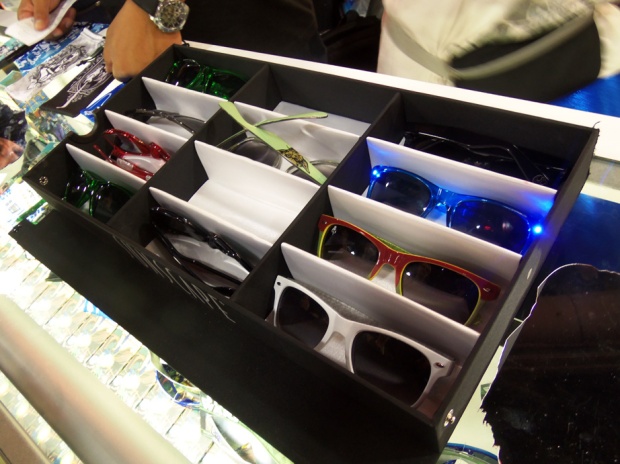 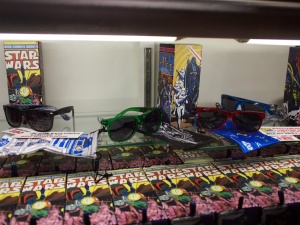 Thinkgeek had a booth for the first time this year and a couple of exclusives we were definitely interested in.

This Iron Man ring was definitely a favorite, but only advertised as being in larger ring sizes. We hinted that we would really appreciate some smaller sizes while there.

Of course, who doesn’t love this Kaylee bag?

We also got a great demonstration on this Doctor Who sonic screwdriver remote. Even better, it has a magnetized base so it makes a great display piece too!

While we’re on the subject of Doctor Who, we found these great Gallifrey coasters, paper weights and clocks from Rubbertoe Replicas at the Qmx booth. We mentioned that a TARDIS themed serving tray would make a great addition to a coffee table… 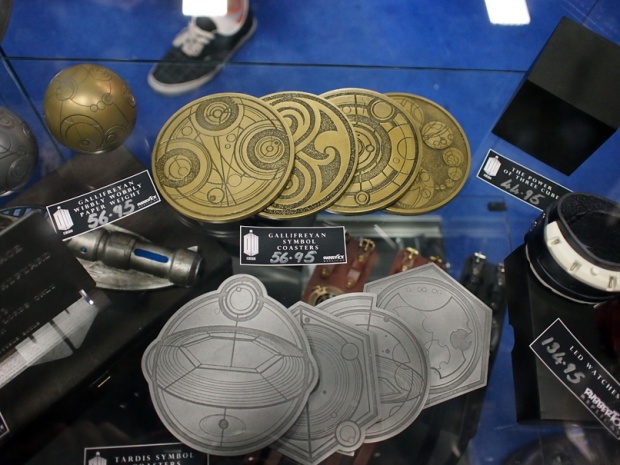 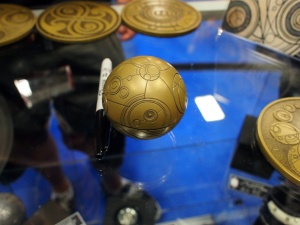 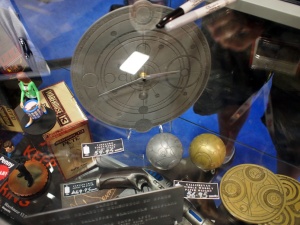 Chara-cases featured many new prototypes of characters and phones cases for phones other than the iPhone. I personally loved seeing some lovely X-men ladies as cases. I’m especially excited for a Rogue case which we might see in the fall!

The Anovos/Novo Geek booth had jewelry based off of Six’s bracelet and ring from BattleStar Galactica. The photos definitely don’t do them justice.

Monogram Direct had these great bracelet charms that could also be used on a necklace.

Last, but definitely not least, I came across the Tired Girl Collective in the small press area of the con. They had some wonderful handmade geeky items. Especially loved those fascinators!

While we didn’t catch nearly as many geeky outfits as last year, we did run into a few girls.

I feel like there’s still so much that I missed out at the con, and will try even more next year to catch as much as I can on the con floor. If any of you were wearing some great geek chic outfits, we’d love for you to share them either here, on our Facebook page, or on our Twitter!