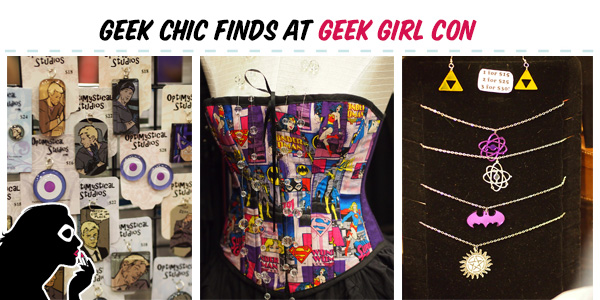 Last weekend we headed up to Seattle to attend our very first Geek Girl Con. Of course, we were on the look out for great geek chic finds on the floor, and found some great ones. Not only that, but we also got to be a part of a panel on geek fashion which had a great turn out.

First of all, let’s talk panel. The panel was entitled “Geek Couture: Pop Culture in the High-Fashion World” which was hosted by Lisa Granshaw. Both Scruffy and I had the pleasure of being on the panel with Leetal Platt of Cozday Clothing, and Stephanie Pressman of Fashionably Nerdy.We discussed the role of geek culture in high fashion and our experience with the fashion show. We also had some great questions from some of the audience members. Being my first panel, I wasn’t sure what to expect, but I absolutely loved it and hope that I’ll get to be on more panels in the future. Also, thanks to any of you who were there, it’s greatly appreciated!

Check out that crowd!

Of course, one of my favorite parts of a con is finding great geeky items and Geek Girl Con was no exception! 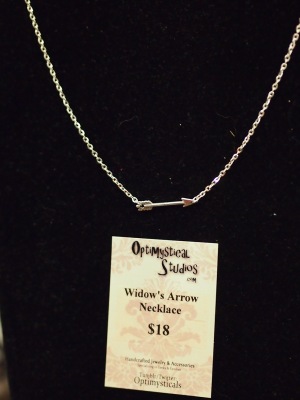 I really loved the arrow necklace similar to the one that Black Widow wore in Captain America: The Winter Soldier. It’s definitely a lot more affordable than the actual necklace from Tiffany & Co. 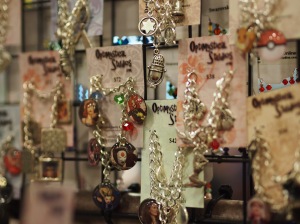 They also had a great selection of pendants, charm bracelets, and earrings.

Nice Rice Shop did something that was really fun, they had made-to-order skirts that you could get made at the con itself. They also had coasters and potholders with the same fabrics.

Cutebricks was a booth that featured jewelry made with LEGO pieces. 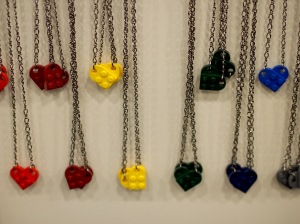 Lucky 13 Lacquer had a fantastic selection of geek influenced nail polishes. In addition to glitter polishes, they also had polishes that glowed in the dark and change with temperature. 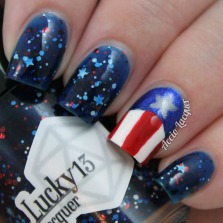 There was a huge selection of handmade acrylic jewelry pieces. I loved that Batgirl pendant and picked one up for myself.

Overall we had a great time and definitely would like to go back again. Did any of you have the chance to go or see our panel? How about pick up any great items? Let us know in the comments!