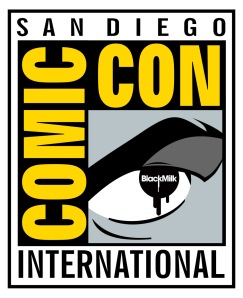 We’re excited to be introducing a new feature to Set to Stunning this year – Interviews! And who better to start off with than the titan of fashionable fandom spandex, Black Milk!

There are LOADS of exciting info we’re psyched to share with you, as if you couldn’t already guess from the above image, so read on already!

About a year ago Black Milk got us U.S. Sharkies quite excited with mention of opening a warehouse in the States. They’d been a bit mum over whether those plans were actually going anywhere, but we’re happy to announce they’ve confirmed that they are indeed going to be opening a warehouse in the USA! Not only that, but they were just in Los Angeles last month scoping out locations.

Why L.A.? Well, aside from the much shorter commute from Australia to California versus, say, New York, Downtown L.A. is already home to similar brands (Nasty Gal, LookBook, American Apparel, etc.) where they’re going to feel right at home.

Show of hands: who else here in So Cal is going to be beating down the doors of that shiny new warehouse, asking for a job?! 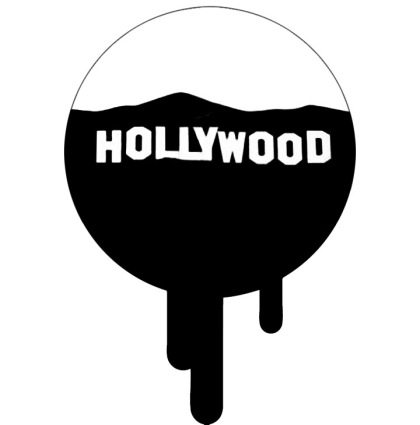 The Long and The Short of Limited/LT Availability

For those of you who have always wondered why some pieces are Limited, and why every item isn’t offered in LT sizes (long torso), the answer comes down to a number of factors. Black Milk makes A LOT of garments, we’re talking 1-2 thousand…PER…DAY. It’s simply a matter of production capacity. More heavily designed garments, like their bomber jackets, take much longer to put together than a pair of leggings.  It’s not practical long term to keep bomber jackets in their inventory since it keeps them from churning out, say, the minimum number of leggings or dresses needed to keep things in stock.

This capped production capacity also explains why it’s impossible for them to offer every single garment in a LT option: when you add up everything they offer, plus every size they offer of everything they offer, you’re talking hundreds and hundreds of items! It’s simply not feasible to offer every single item in a LT option, so instead they focus on making sure their top selling items are available in that option. Other reasons why some items are Limited while others are not? Sometimes it’s the fabric, if it’s one they don’t usually carry.

And sometimes, it’s just fun to make things limited. Why? Well, at its core, Black Milk has always had a theme of in with the new, and out with the old. This system plays into another main theme of Black Milk: making their customers feel special. They love the idea that different Sharkies all have something that is uniquely special for them because they own this or that particular Limited item. For any of you who own a Limited piece, or coveted one aggressively (I’ve personally been on both sides of that fence), you know what that feeling is!

Star Wars, Tolkien, Game of Thrones, Batman, Adventure Time, Harry Potter. Black Milk certainly knows the way to our geek encrusted hearts, and it’s just going to get better. So what’s next on the horizon that geek chic Sharkies can look forward to? Disney, for one! The ink is still drying, but we have definite confirmation that Black Milk has indeed acquired a license with Disney. And we all know what licensing with Disney will hopefully lead to…Marvel!

But don’t expect to see any Disney collections coming out this year. Black Milk’s 2014 release schedule is already bursting at the seams, so you’ll likely have to wait until next year for your Fairy Godmother to get you decked out in spandexy goodness. As far as what the rest of the year has to offer – we can look forward to more Harry Potter and Batman pieces coming out!

Plus, we may or may not have heard of a brand new licensed collection coming out later this year. But trust us, you’re gonna love it!

Who Watches The Watchmen?

Have you ever wondered just how Black Milk decides which licenses to go after, and what the designs of their garments should be? It all comes down to you, me, us – the fans! It’s no joke, Black Milk really does listen to its customer base, and every license they’ve gone after has been a direct result of an overwhelming amount of Sharkies voicing their desires.

When it comes to how they design their licensed collections, Black Milk listens internally to its knowledgeably nerdy crew. With roughly 180 staff, there’s no doubt they’ve got passionate fans of pretty much every imaginable franchise in their employ. We found it surprising, but awesome nonetheless, to see some Watchmen pieces in the recent Heroes Ammo release. How did those get in there? Because some of the guys in the graphic designs team are big fans and wanted to include some pieces that would appeal to males and females. It’s a perfect example of just how collaborative and open Black Milk is when it comes to designing their collections, and why their licenses have been so successful.

The Ins and Outs Of Producing a Collection

There’s a lot more that goes into producing these collections we all love so much, besides signing on the dotted line and paying a hefty licensing fee. This awesomeness doesn’t just appear overnight! Once a company like Black Milk has finally signed a contract, which in and of itself can take months (or even years) to accomplish, it takes approx. 6 months to produce a collection – 3 months is spent conceptualizing and designing the garments, and the other 3 months is spent printing the pieces. So when we see, say, more Star Wars or Harry Potter pieces release months apart, they’re not just trying to give our wallets a break, that’s just how long it takes to get things out!

Black Milk currently works 3-6 months ahead, which means they’ve already got collections primed and ready to go through October. So what happens if Sharkies give them more ideas of things they should do? Well, that’s how we get more stuff in the first place! As long as they have the license, they’ll just keep making more pieces. So don’t be afraid to keep suggesting things you’d like to see done. Odds are they’ll seriously consider it, it’ll just be 3-6 months before you can actually get your hands on it.

Admit it, the second you saw the Comic Con logo as the teaser image to this post, you scrolled right past everything else to learn more, didn’t you? Hey, we don’t blame you. Why do you think we put it at the bottom of the interview?! We had to save the best for last.

Many of you may know that they had actually planned to be at Comic Con last year, but it sadly just didn’t work out. This year, however, you can look forward to finding Black Milk not only at the DC Comics booth, but also the Lucasfilm Pavilion! They’ll have Star Wars gear for sale at the Pavilion, but they will only be showcasing at the DC booth.

There’s no doubt there will be a Black Milk meetup of some kind or another…the real question is, can San Diego handle a Sharkie frenzy of that magnitude?!

We’re sure you’re brimming with excitement over some of what we’ve mentioned here, so be sure to share your thoughts with us in the comments below, as well as on Facebook and Twitter!

Lindz and I were thrilled to have the opportunity to talk with Cameron Parker himself for this interview. Thank you again Cam for your time and patience with us!

(All images are the property of their respective owners.)

(Disclaimer: Set to Stunning is not responsible for the quality of merchandise or your satisfaction. We have no affiliation or connection to Black Milk Clothing, and are not compensated for our recommendation or interview.)

2 comments on “Black Milk: The Interview”